How To Wear Gingham without loooking like a boarding house student

It is the back to school season for so many students (primary, secondary and private university students alike) unfortunately same cannot be said of their counterparts in public universities because ASUU (Academic Staff Union Of Universities) has decided to embark on the sit at home/strike method since their demands have not been met by the federal government which in all sincerity is not surprising.

Coincidentally, this season and outfit post reminds me of my not so good days back in secondary school where we wore checkered uniforms as boarding house students and gingham closely resembles that.

For some of you that do not know, gingham is a checkered pattern (just like the top I am wearing) that is similar to plaid and this checkered pattern can come in varied forms like picnic blankets, hand towels, school uniforms and basic shirts. However gingham is much more than that as they now come in peplum tops, cold shoulder tops, off shoulder tops, separates and co-ords which implies that there is a lot we can actually choose from.

I know so many of us are not 100% sold to this gingham outfit, this was actually my case some months back when I came across this outfit. I just felt it made everyone look like some high school student going in to have their lunch served but thanks to our favourite celebrities, stgreet stylers, fashion bloggers who have been spotted remixing the classic print and reinventing new ways to wear this timeless piece.

I’ll tell you one trick, for starters go for gingham outfits other than basiic shirts that come in other forms like off shoulder tops, cold shoulder tops, peplum tops and the likes. Also because we are not so big on this trend especially in this clime, try to wear your gingham tops on white jeans or denim jeans that way you are safe. Finally, if you do not know how to rock gingham bottoms, seperates and coords then try avoiding it for now.

How I styled this two piece outfit from Adaure.co

Work outfit that can double as a casual outfit

Why you need a two piece set in your wardrobe 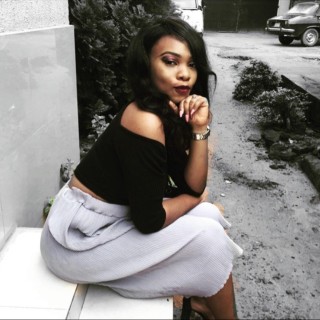 Hey lovelies, my name is Ada Ohaka. I am a Nigerian creative who is interested in style, writing, designing and make up. I am all about fashion and style.